Rhoades Hall was named in honor of Verne Rhoades, a prominent Western North Carolina scientific forester, whose family donated land to create W.T.Weaver Blvd., an important access route to the University. Rhoades Hall was completed in 1961 by the Six Associates.

Robinson Hall was added in 1988 and the building configured to present a single face to campus. Rhoades Hall was completely renovated in 2011 with many energy saving features added including geothermal wells dug on the Quad outside the building, to provide heating and cooling for the building. The new entry and renovations were designed by the local architecture firm Clark Nexsen. 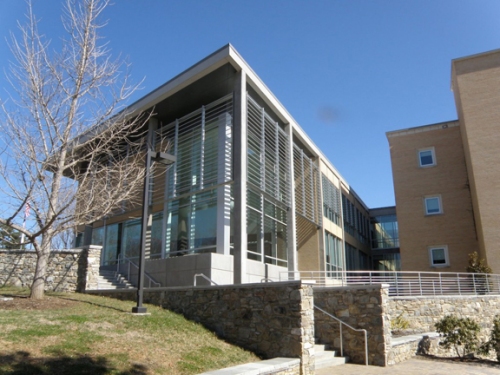 A special thinks to Kevan from Asheville By Foot for my personal tour of UNCA and helping gather information on the campus construction. Cheers! Troy